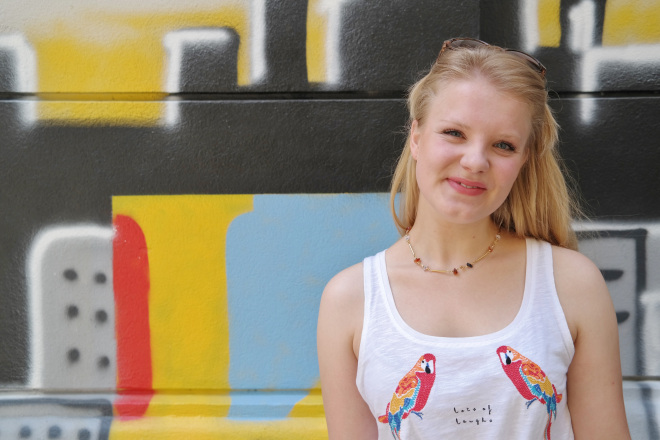 Today’s interview is with Silja, a sweet Finnish girl I met in the very beginning of WoV. Sadly, Silja has returned to Finland already, but I was very happy to get to interview her before she left Vienna. We shared quite a few laughs and I loved getting to know her over the last few months. I hope you will enjoy this look into her life and appreciate her positive outlook as well.

I am from Finland, but I have been living here in Vienna for nine months. I came here as an Au Pair and it’s my third time doing that job already. My first time au pairing was in London, I was there for 12 months and then I went to Sweden for three months. After Sweden I wanted to start university, but I didn’t get in so I thought another year abroad would be good. I came to Vienna.

I absolutely loved London and England in general. The culture was not that different from Finnish culture and the people where quite similar. It was easy. The same thing in Sweden. Sweden was basically like Finland, except for the language. But here in Vienna I have had a bit different kind of feeling. I don’t speak German so it’s rather difficult to get in and get a grip on what is going on around you. Also the city feels different- I like it- but I haven’t really got any feeling of it. Like London, I want to go back there, maybe live there, but I don’t have the same feeling about Vienna. It’s hard to get to know this city, especially when I don’t know the language.

The family I work with is lovely. The parents are very laid-back, easy-going, down-to-earth. The mother is from South Africa, the father is from Austria, and they have two kids who are 12 and 9. The older kid has autism, so it has been a challenging year, I would say. I didn’t know what it would take to work with a child with special needs. I had to learn a lot when I first moved here and I would still say I can’t handle everything, but I have managed quite well. It also takes more, it’s mentally more difficult for me. When the child is in a bad mood he might say some horrible things about me and about everything, but I just have to not take that to heart. Sometimes that’s hard. Sometimes I’m also having a bad day and I take the things he’s saying personally, even though I know should not. He doesn’t mean it. Those days are hard and sometimes I even want to cry. But then again there are also very good days were we both laugh and have a very nice time together. Those days remind me why I’m doing this.

I haven’t actually met that many Austrians, mainly international students or Aux Pairs. That seems to be kind of a thing with Aux Pairs, they’re always meeting only other Aux Pairs. Because I’ve been meeting international people, I haven’t been speaking or practicing German. Now I realize I’ve been here almost ten months now and I can’t speak German, not even a single sentence. Time has flown by so quickly. It really feels like I just came here and started working, but now it’s already summer. But on the other hand I can’t wait to go back to Finland and see my family. It’s been a while.

I want to start university, I have applied for tourism management in Helsinki and I am having high hopes that this year I will get in. It’s really hard to get into university in Finland. There’s a lot of applicants, for one place there can be like 6 applicants, so the competition can be tough. And every program has entrance exams that have to be passed. There’s also a lot of international students because studies are free in Finland. This is actually my third year of applying. But there’s this Finnish saying that the third time shows the truth. Hopefully that’s true.

I would like to run a hotel, but I need to take small steps first. I have actually never worked in a tourism job, but I am a very outgoing and empathetic person so I feel like I have a good chance to succeed in this field. It also felt like my thing when I as scrolling through the options of what to study. And this program is taught in English so it will give my English a boost.

I have quite a few visions of this. Sometimes I want to have a hotel in northern Finland in Lapland and focus on wildlife in Lapland. Some days I want to have it on the Finnish coast line on some lonely island. Other days I want to have it in somewhere warm. A warm place where there are palm trees and white sand. I don’t have the exact concept yet, but I know I want it to focus on families and take children’s needs into account too. I’ve been doing this childcare for years now so it’s kind of stuck with me. I have three siblings and my family has traveled quite a lot inside Finland and the places we have gone- over all the places have taken children’s need very seriously and I liked that.

Never say never. Maybe I will visit Austria in the future, but right now I feel like I would not want to live here again. But who knows. I think it’s maybe just not my place. I actually had a few Finnish friends here who were Aux Pairs as well, but they left a few months ago. I mainly speak English here. The chances I get to speak Finnish it’s a relief to be able to express myself in Finnish, in my mother tongue. But some things actually are so much more natural to say in English. And some words I have forgotten in Finnish- I know the word but when I need to remember it, it’s gone. I can’t find it.

I love how there are so many green areas surrounding Vienna. Because I am from Finland- from a small village in the middle of the woods- I am used that there are green areas around and I enjoy going into nature. Here in Vienna it is totally different than what I experienced in London. In London you need to travel a lot to get in touch with nature. But here it takes 20 or 30 minutes and I’m in the woods. I can just relax there. It’s something which I have been really enjoying here. And there are so many nice beautiful hiking routes which are so easy to reach via public transport. I did 30km just a few weeks ago. It had a lot of uphill and downhill too of course and it was really steep at times, but I really enjoyed it. It was beautiful. I had this phase when I thought I was too busy to hike. But now I have been getting back into it. I used to be a girl scout so its sort in me. 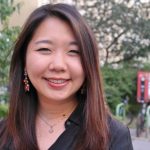 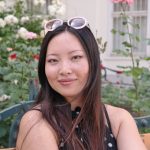