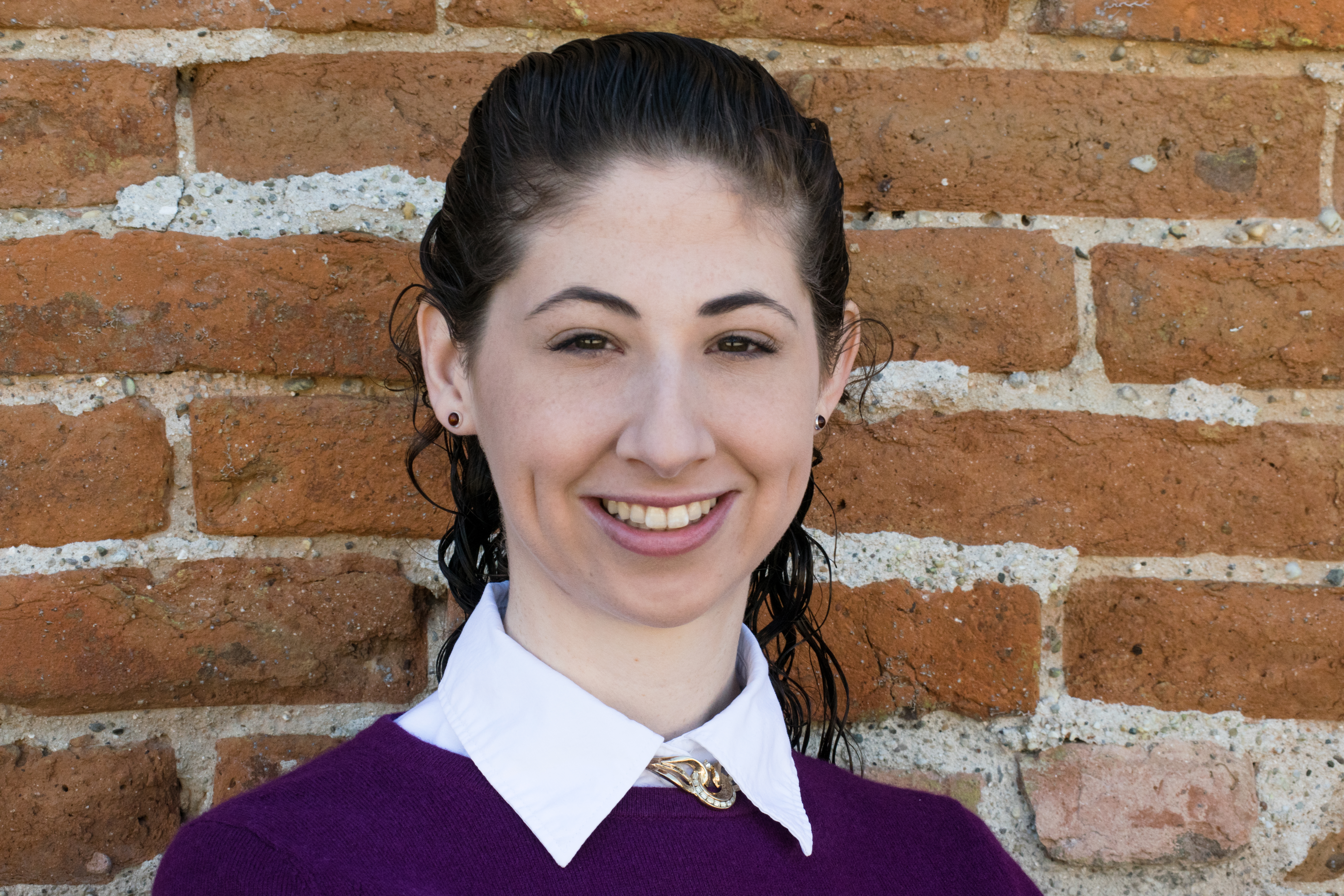 Hello, Hello! It has been a while since my last interview with a badass lady of Vienna. As some of you know, our little group has grown to be HUGE in the last months and my free time has been spent helping it grow. But summer is here and I was inspired by everyone’s encouraging words to start interviewing again! I have a few awesome interviews in store for you, but to kick it off, I give you Sara- a historian turned filmmaker who won’t let anything keep her down! Enjoy and happy Woman Crush Wednesday!

I am from the US- originally from Los Angeles, California. When I was little we moved away for a little while to Germany when my father was making a film in Munich. Then we moved back to the US and to Savannah, Georgia where my father was a professor at the Savannah College of Art and Design. For college I moved away and went to Columbia in New York. I stayed in New York and where I had met my fiancé. Two years ago he moved here and a year and a half ago I moved too.

I come from a film family. My father is a director of photography and director. My mother is a stunt woman and they have their own company. Growing up I didn’t want to work in film. But in college I realized, “Why would I want to do anything else?” I loved stories growing up and that hasn’t changed. My degree is in medieval studies and people are always like, “What are you going to do with that?” But medieval studies is all about stories. I realized I have always loved story telling and film is a medium of storytelling.

Foreigners don’t realize how big the US is. Having lived in LA, in Georgia, in New York- yes they might all have the same language, but they are extremely different culturally. I lived in Germany too so I adapt very well and very easily to new places, but- I’m trying to think of how to say this nicely- I’ve never felt so discriminated against as a woman since I moved here to Vienna.

In an interview I honestly had someone say, “We like to do things the Hollywood way and not hire women on set.” Like he even knows what the “Hollywood way” is. People have asked, why don’t you report him, but how am I supposed to? It’s not in an email, he verbally told me that. At the same time, I’m conflicted because I really love Vienna- Yes, I don’t get catcalled here and there are many great things about Vienna, but I would rather get catcalled than feel like I am being sidelined in my general life, if that makes sense.

I’m conflicted because I really love Vienna- I’ve never been catcalled here, the public transportation is so much better than New York. There are so many good things about Vienna. The social system here- these are some of the reasons I never want to leave, but there are other things that do make me really want to leave.

Other things have happened since then that are also very similar. I think it’s in Switzerland and Denmark maybe, if refugees come with more than one thousand euros of valuables the government takes whatever is left over. They would do the same things to Jews and whoever was taken to the camps- it wasn’t just Jews. The one that scared me the most was Faymann stepping down, because it felt like very similar circumstances to when Schuschnigg stepped down because of the rise of a far right party- the Nazis- and Faymann stepped down, I think, because of the rise of another far right party. There is graffiti around the city that says “Ausländer raus” which is so similar to “Juden Raus.” All these things, it’s these echoes of the not so distant past.

There have been studies about cultural memory. Say someone lived through the Depression; they will pass on the traits that they internalized to their children, their children’s children. Not just the physical effects, but also the psychological effects. It’s the same way with people who lived through the Holocaust. They will transfer on those traits to their children. There is this cultural memory of being Jewish. Natalie Portman even commented on it in a 2004 interview with Inside the Actors Studio where she- I watched this in 2004 and I will never forget her words- she said the sounds of the sirens in Europe freak her out. They remind her of the Holocaust. I doubt those sirens have changed in decades. That is what inspired this film.

It’s about a Jewish woman who moves to Vienna to work for the IAEA and she meets a man in her building who is an Ethiopian Jew and a former refugee. He came to Vienna about 25 years ago- he’s no longer a refugee, he lives here and he is a citizen now. It’s their shared cultural history of being Jewish that they bond over and he helps her understand what is going on with the refugee crisis. And to be able to move past the Holocaust history into the present and realize that Austrians- not just Austrians- yes this film is set in Austria, but it is applicable anywhere in the world. But, we can do better and we will do better than our pasts.

I came up with the idea and then my father and I wrote it together. We launched an Indiegogo campaign a little over a month ago. So far we have David Wurawa as the Ethiopian lead actor. Unfortunately, due to scheduling conflicts our lead actress is no longer in the project. She got cast as a lead in a feature. I’m super proud of her. So we have decided to switch tactics, we’ve actually decided to try to find a famous actress to play her. Right now we have the script out to Yael Stone from Orange is the New Black. We will be doing a casting here in Vienna as well, but the hardest thing is finding an Austrian actress who can speak with an American accent.

We’re shooting in the fall and want to have it all edited and finished by early 2017. We will start sending it out to film festivals and go from there. Short films tend to not make money so the most we can hope for is doing the festival circuit and to get it on Netflix, Hulu, HBO, you know, the video on demand platforms, maybe pay per view, Amazon Prime to try to monetize it and if that doesn’t work eventually we’ll just put it on YouTube. But if it does well at film festivals it becomes a calling card. When I do move back to the US I can say, “I made this film, I didn’t waste my time in Austria.”

I was very much looking forward to this move.  I’m very used to moving all over and this is the first time my fiancé and I have ever lived together. I was excited about a time to focus on bettering myself and perfecting my craft as a filmmaker. But I am sacrificing to be here, I’m definitely sacrificing. I’m sacrificing my career at this point and I’m hoping that everything I’m doing here won’t affect my career back in the US. You know how they say in the US, to get a new job you have to already have a job. You can’t be unemployed, ever.

Everyone I meet who doesn’t work in film has this impression that it will be easy for me to get a job here because I speak English. But for some reason- I speak German, but not fluently- I can’t find a permanent position. All I’ve said to companies here is I just want to be useful, I just want to be helpful. I’m not here to take anybody’s job, I want to share the knowledge I have acquired working in the US film business with you.

That’s what I’m most afraid of, that I will have sacrificed my career for this move. But it has long been a dream of mine to move to Europe. When this option came up I said, “Yes! Let’s go! I’ve been in New York a long time. Let’s just do this.”

I was really afraid after moving here. I thought it would be easier to get a job than it has been. But I was really afraid that after a few months went by that I was just ruining my life. That’s when I remembered, “Wait, I came here to better myself as a filmmaker and that’s what I’m going to do.” Especially when I was told that I couldn’t be hired by this company because I was a woman. It’s so frustrating and discouraging. My thought was, “Well I’ll show you what I can do.” The New Yorker in me kicked in and it was like that moment in teen films where it’s like, “Screw you all I’m going to be awesome.”

I was very depressed for a while though. I wasn’t even getting out of bed because, what was the point? The low point was October of last year. Then in November I went to LA and this fire was lit underneath of me. Now we have full sponsorship from ARRI Rental Hungary for the equipment and BAFTA award-winning filmmaker Amma Asante has expressed her interest in the film and she is one of my favorite directors. She directed Belle and other things. But if you haven’t seen Belle you should see it. It’s so good. Coming on as an associate producer is Arcady Bay Entertainment. They produced Bridge to Terabithia if you remember that. The Vienna Jewish Film Festival came on board and Women in Film France came on board. So we have all this interest from the international community, it’s exciting.

I’m so excited to get on set. Right now it is so many moving parts, it doesn’t even feel real. First day on set I’m going to be so nervous. I’ll probably throw up that morning from nerves like it’s the first day of school, but I’m so excited to start shooting.

It’s been an experience living in Vienna. I do have to say I love to take advantage of the slower pace of life here. It’s really wonderful to live so close to so many other places as well. Being in Central Europe makes it so easy to go elsewhere. I think that’s the benefit of living in Vienna, how easy it is to leave and go somewhere else.

You can support Sara’s project here! 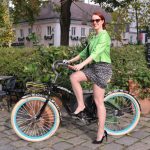 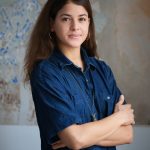