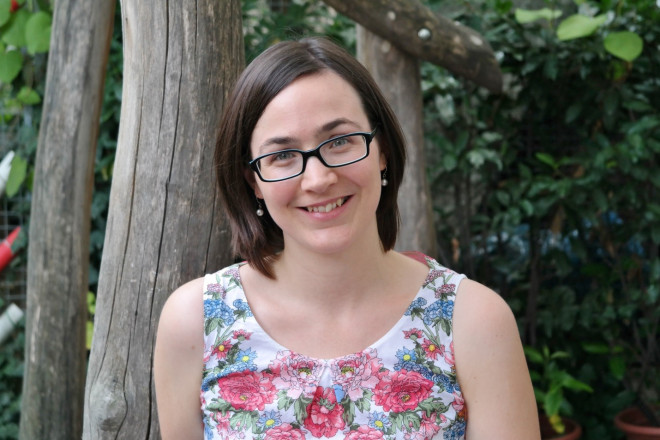 Lorna is rather fresh to Vienna, but she has already started to make her mark. I first met her at one of our monthly brunches. She has since become a regular face at WoV events and a real friend. She has also been working on her own project featuring her experience of Vienna and photography. Her dedication towards doing something that makes her happy is insiring and her lighthearted attitude is refreshing to be around. I hope you enjoy this little conversation with her!

I have a really good friend here in Vienna who is a portrait photographer – Carola Moon of Rolaa Photography. In the past few years, I have visited her quite a few times and really liked it here. Also over the past few years I haven’t really been happy in my job – not that it was completely unsatisfying – it just maybe wasn’t the career direction I wanted to continue in.

I was working for an academic publisher and had a job as a marketing manager. It was a really varied job, I met a lot of interesting people, I got to do a lot of travelling, it was a really nice team, and a really good company to work for. Last year I was covering someone’s maternity leave and that was coming to an end, so I would either have to find a new job or go back to my previous job. I had been working at a higher level and therefore I didn’t really want to go back to my old job. I started looking around, looking at comparable jobs. I had a few interviews, but I found that my heart was never really in it. I just wasn’t excited about these jobs, and so I thought that that was a clear trigger that, no, this is not really what I wanted to do. When you are spending so much of your life working, why would you want to do a job that doesn’t make you happy? It ticked some boxes, sure, but it wasn’t enough.

Back in January I was having a chat with Carola via Skype, and she asked, “So what do you want 2015 to look like?” I thought for a moment and then answered, “You know, if I’m in this job in a year’s time, I’m just not going to be happy”. Something had to change.

During the course of the same conversation we were messing around with the idea of what it would be like to work together. I’d been interested in photography for a couple of years and had been photographing as an amateur. We were just joking around, but somehow it triggered a thought in my mind of, “What would it be like to move to Vienna and work with my friend?” So I talked about this idea with a few other friends and they said, “You know, you’ve actually been going on about photography for a long while”. It didn’t really surprise them at all, even though I felt like it was this huge, big, crazy idea.

I eventually plucked up the courage to broach the subject again with Carola. I wasn’t quite sure how she would react. Perhaps she would reject the idea and say, , “God Lorna, that was only a joke” and that would be the end of it there and then. There could have been multiple reactions, but what she actually said was, “Yep, why not!” It still felt like a really crazy idea, especially having just bought a flat 18 months ago, to then be thinking, “I’m just going to leave ”. But on the other hand I thought, if I don’t do it now, is it going to be one of those opportunities that passes me by and I later think, “Oh, I really wish I had done that when I had the chance”? Six months later, after I had organized everything, I came to Vienna.

It’s been just short of two months now, and I’m finding it quite easy. I think it it has been easier because Carola has been such a fantastic support. I also think it makes a difference to move somewhere in summer, because of the longer daylight hours and the weather is more ‘friendly’. Also, when I moved to Berlin back in 2008 – I don’t know if it was me just being naïve – but I don’t know that Facebook groups existed back then. It really surprised me that it’s not just an online platform, that these groups actually do stuff in real life.

Women of Vienna was the first group where I went to a live event. I didn’t really know what to expect, but it is a really amazing group. I am really touched by almost strangers’ generosity to help others. I am also impressed by how many nationalities are in this group – there are literally women from all over the world! You’ve already got something automatically in common with these ladies by all living in a foreign country, but it’s still very unique.

I have learned so much in these last few months. I kind of expected that it would be a steep learning curve, but at the same time, I didn’t really have a clue what I would be doing. I have learnt that photography is actually only about ten percent of the business. So yes, maybe it all started with Carola being an excellent photographer, but actually you really need to be a good sales person, a good marketing person, a good networker, you know, you need all these other business skills that I hadn’t really considered. It’s more multi-faceted than just being good at one thing. So that’s been quite eye-opening.

For me, when I’m in a group situation – especially the first time – I’m not a person who’s going to be first to speak or first to ask a question. I might be a little tentative or observe the conversation that’s going around me and after a while, when I’ve relaxed or am comfortable in the situation, then I might open up a bit. For me, meeting somebody on a one-to-one basis is much easier. Also, I think, if you’re going to make a more lasting friendship, you have a better chance if you meet on a one-to-one basis rather than in a group, as it usually takes three, four, five times before you think, ”Yeah, I really like this person”.

Since I only work with one person, clearly meeting people was not going to happen at work. So I wondered if there was a way to make some new friends whilst combining it with taking photographs, and also get to explore a bit of Vienna. I thought that would be fun. So that was when I launched my little project with the Women of Vienna. I created a post on the Facebook page offering a lifestyle photoshoot at a location of choice to all in the group. Initially I thought maybe one or two people would want to do it, but oh my goodness, there was an overwhelming response! I was really surprised and delighted.

I’m very much an experimental photographer. I’ve learned by doing. I think that’s why I have pretty much stuck with nature and architecture photography up until now because it is stable. You can choose something and go at it from different angles, change settings, and try different things. Whereas with people it’s never the same, and you have to say, “Can you move here, and now move here, and do this”. It’s very different. I’ve been learning a lot about different poses and tricks you can do. Often these poses can feel very strange to the person being photographed, and they might ask themselves, ”What in the world am I doing?” But on seeing the results, they then realize why those poses are so good!

I think I am personally quite awkward in front of the camera. I don’t come from a family were my mum was always taking pictures of us, or where every family event was photographed. So it still seems funny to be taking pictures of people in a really purposeful way. It’s a bit odd, isn’t it?

That’s what’s been really interesting about working with Carola. Almost every person who has come into her studio has been really awkward at first, they think they look really geeky and strange, or don’t like themselves in photos. I think the skill to being a good photographer is getting people to relax, and feel so much “in the zone” of following the photographer’s direction that they forget how awkward they feel about it. They’re just doing what they’re asked to do and when they see the results, their reaction is often, “Wow! I actually look really amazing and there was no need for me to be worried!”

Some people don’t even like their smile, but often they just haven’t seen it in a way that makes them feel good. It just takes seeing yourself in a slightly different way. The transformation is what’s so amazing to me. They’re not excited and often nervous at first, but when they leave they feel amazing, they feel pampered, and they feel really good about themselves. It’s great to witness that. I think that’s what’s so awesome about photography – to see people’s reactions. In so many jobs you don’t get the reaction you want to hear, you don’t get the credit, you don’t know that your work really means something to someone. And seeing what Carola does, her work really means something to those people. And then they have their fantastic portraits that they can keep forever to remind them of how beautiful they are. I think that is a really special gift.

What do I love about Vienna? Coming from the photography side – there is so much amazing stuff you can photograph in Vienna. I love wandering around all these streets, they’re just beautiful. And there’s so much to do in this city. Whatever your hobbies, you can find something that will suit you.

I also have a very musical background. I actually studied music at university, and that’s another real attraction to being here. There is so much music and so much professional music and yet also very accessible. Like the standing seats at the opera – they’re only three euros! That’s incredible! Lots of people have said to me that the Austrians can be quite unfriendly. I haven’t met that many Austrians yet, but I’ve met loads of friendly people here. Even just walking down the street, people are friendly. People say good morning to you. I get taken aback by that. I think it’s been a very friendly and welcoming place. As much as it is a big city, it doesn’t have that big city vibe. It’s very relaxed. 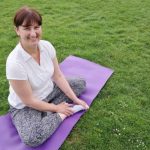 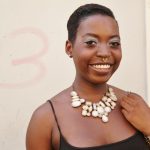