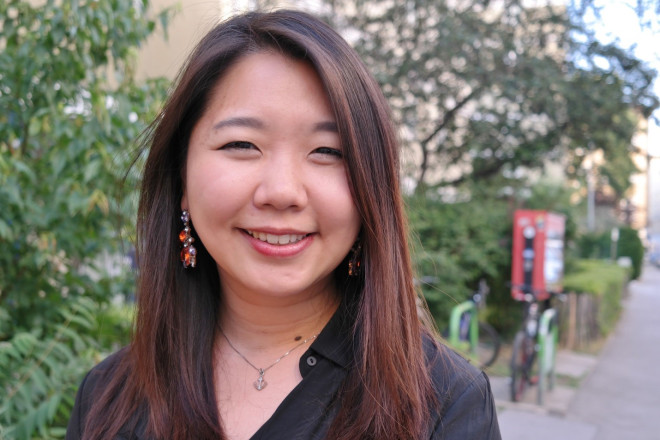 Kaitlyn has been adding sparkle to Women of Vienna events and our discussion group since day one. I can’t imagine the group without her energy and silly comments. But, for as goofy and lighthearted as she can be, Kaitlyn is also a really driven, inspiring woman. She is absolutely a BossLady and gets things done and gets them done with class. I hope you enjoy her quirky sense of humor as much as I do!

I was born in Seoul in South Korea, but I grew up here and there. My dad served in a few diplomatic roles in his career, so we moved around a lot. I spent most of my childhood in the States near the DC and New York area. It would be like three years in DC, three years back in Seoul, three years in New York, three years back in Seoul, so it was completely hectic. I finished my studies in Seoul and then started working there. After about 10 years, I applied to a management training program at my company that sent employees abroad. The country you got sent to was completely random, and for some reason they decided to send me to Austria. I was not expecting that at all. Whichever country you’re sent to, you are supposed to learn the language, learn the culture and be prepared to do business there. And you really get sent anywhere. You could have been sent to Nigeria, or the deepest part of Africa, (to Darkest Peru!), or to China. Anywhere. There were people who got sent to Ivory Coast or Congo and I thought that’s really cool, super Indiana-Jones! And Austria did sound a bit boring in the beginning. I must confess, I didn’t know where exactly Austria was on the map. I thought, “That sounds somehow European,” but I couldn’t pinpoint where it was. I didn’t even know they spoke German here! I know, ignorant me. But still, at the end I was quite excited because I had always lived only in the US and Korea, and as a result had this really cheesy fantasy about Europe. So that’s how I first ended up, quite by chance, here in Austria.

For the program you are supposed to come to the country completely alone, by yourself. Even if you have family you are not supposed to bring them with you. And you are supposed to spend a whole year by yourself, really adapting to the new country. It’s really intense. But it was great, it was really great. For one, you don’t have to go to the office every day, and your job is really to learn the language and to learn to get around. You have to figure out completely from scratch, things like how to get a meldezettel and a visa and everything else. So that’s how I spent my first year in Austria, learning German, travelling all over Austria even to the smallest towns, being an organizer for TEDxVienna, taking photography and art history classes, volunteering in galleries, writing for the Vienna Review, meeting awesome new people. By the end of the year I’d completely fallen in love with Austria; all its subtleties, contradictions and complexities rolled into one.

After that year I went back to Korea for a little bit less than a year. Then I came back, I was lucky and things worked out in my company for a job position in Austria. This is now my fourth year in Vienna and close to three whole years living here, but I wouldn’t call myself a Vienna veteran at all. But I also wouldn’t call myself a novice. I’m somewhere in the middle. Which is exactly the same as my German level, which by the way has been the same forever. German!

Vienna. I like that it’s a city, but it’s still not too big. Where I grew up, it was always too big, too many people, too crowded. On one side I miss all that excitement, all that hustle and bustle and, for instance, in Seoul, 24/7 you find something, everything is open. Then you come here and all the shops close at six. Like, what the fuck? That took a bit of time to get adjusted to.

I like how the Viennese really know how to find a good balance between work and life, city and culture and everything in between. It’s definitely not like that in Korea. I am the only Korean expat in my office and my coworkers are always joking like, “God, do all the Koreans work like this? This is why you have the highest suicide rate in the world!” You just push yourself; you can always do one more thing. I’m learning a lot in order to have a better work life balance. I’m definitely not there yet, but I’m trying. It’s coming.

Especially because I am working and I am in the position to lead a company, I find it quite hard to be a foreigner, and on top of that being a woman, and to do business. I think that’s the hardest part. Especially since Vienna is a close-knit society; so much is done on a personal relationship basis and deals are done outside of the office. Oftentimes things happen because you know someone, who knows someone, who knows someone, who knows someone, and I started out knowing no one. And no one wanted to know me anyway. On top of that I didn’t speak German fluently so it was really hard. Trying to find my way in was quite a bit of a struggle- it still is. But it’s getting slowly better and better. I think that’s really the Austrian-ness of it. It doesn’t become better all of a sudden, it gets slightly, slightly, slightly one step better and I’m learning to appreciate that now. In the beginning I would go to these industry events and I would know no one and no one would talk to me. Now at least I know some people.

I think for me it was double trouble. On top of me being a foreigner, I think a lot of Austrian relationship based business still happens in a quite male-centric way. That’s why it is even harder to break into that circle. But what I found at the end of the day is if you just keep thinking “Oh, they are the Austrians and I am a non- Austrian, and I’m also a woman,” then you will never get anywhere. You just have to open up. Then you get to know people and it becomes a bit easier, even if it takes time.

What I actually do is I am the managing director of our agency here in Austria. What we do as an agency is advertising in general, with a focus on digital. The main client we work for is Samsung, but we of course work with other Austrian companies too. A normal day in the life of me would be filled with meetings; I would say an average day is six to seven meetings in a day. On worse days I have over ten. It is really, physically, quite strenuous. At the end of the day I need to be the one making the final decisions, so I’m always trying to find some time to work at my desk and have some time to think, but the majority of the day is completely taken over by small and big meetings and calls and business trips.

Some are stressful, like new business pitches, and some are really interesting, like recruiting new people who you get to know for the first time. Some others would be internal meetings, which is actually the best fun because it’s just our whole group full of weird crazy creative people. I myself didn’t major art or anything, but I have always been somehow ‘circling around’ art, because I love creativity in general – I love raising questions and trying to think a bit different, thinking a bit weird, a bit unexpected, challenging with a bit of crazy, and discussing that with a bunch of interesting people who come from completely different backgrounds. So those are the meetings I like the most and I enjoy them a lot.

Life? Who knows about life? I have to think about it. As of now I think I am quite happy with my role and I don’t think I am good enough at the moment. I think there is still so much to learn. In every aspect, especially being a female entrepreneur in a foreign country, I am learning a lot. So in the future I hope I become better at what I am doing now.

In the very far future, like in 20 years maybe – I have always wanted to do something more directly related to art. I have played the piano since I was four – and as every stereotypical Asian girl, I was quite good. I have always loved painting, studied art history after university and am a licensed curator. I don’t work as a curator now because I found out I am actually not super good at it, there’s so many awesome supergood curators out there. But doing something with art has always been a dream for me in the far future. I don’t know. Maybe in 20 years I’ll have my own gallery of my own stuff. Or, completely random and probably much more realistic, I always thought when I become a grandma, I’m going to be that grandma who goes to kindergartens and reads storybooks to kids. Like Roald Dahl books. When I was a kid I used to think Roald Dahl must be God. I think I could be one hell of an awesome grandma because I’d be acting out every single part and making stupid fart noises all the time.

I’m quite open, but at the moment I am more or less planning on staying in Austria. Let’s see what the future brings. I don’t know. All my life I have been in and out of this city and that country, and every single Korean fortune teller I’ve met used to tell me that it’s somehow written in my fate, to be moving around all the time. Maybe in a few years I will feel like, oh you know, I want to go to another country. Who knows? For people like me, I think we’re somehow like a “third nationality”. I see myself neither as purely Korean nor Korean-American, and on top of that now, my Austrian boyfriend has completely added to the cultural identity complications! But I think in people like us, globe-trotters or expats or however you want to call it, there is always this double-sided longing, to experience something more different, more exotic – and also of course the other, completely opposite longing to settle down somewhere and have roots, because you never really have that. You’re a floater. And hell, I’m starting to realize – if that’s the case then you might as well just roll with it. 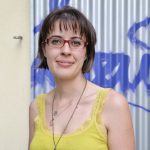 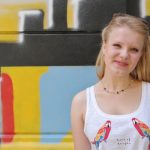