Today I met with Artë from Kosovo who came to Vienna to do her masters in Political Science. Arta has a very mellow, straight forward outlook in life which is refreshing and real. Even though she has had some trouble finding her place in Vienna, she keeps her head held high and pushes on to meet her goal. I find her to be one of those people who you know, given the right opportunities, will make big changes for good in the world.

I had a friend who had come to Vienna as a student and he told me it was a good idea to come too. Why not? I looked in Norway, but it was really, really expensive. I was looking in Canada, but it was expensive too. But Vienna was a good opportunity for me. It was not so expensive and it was not too far from home. So it’s a good thing in every way. Not too expensive, not too far, a good university. I came here. I got my visa. It was really good- happiness. I felt good. But I hope the other years will be better.

In my bachelor’s program we studied the science of politics, how everything works. But here in my masters I have to choose a field to specialize in. We have 7 or 8 fields and we have to choose which one we see ourselves best in. So I was thinking that I can make something like public administration. It’s a job that I want, and I worked it in my country. I have experience in it. I love it. Becoming a politician is not my goal, but in life you have to never say never. I don’t know. I didn’t think about it yet. Public administration is my field and I really want to specialize in it. I didn’t think about anything else yet. The opportunity to study at The University of Vienna- it’s a really big thing, it’s a wonderful opportunity. And it’s not so easy of course.

Two weeks ago I was in my country visiting. Going there on the bus I met an old man who was going back home after visiting his children here. He told me, “It’s a good idea that you are in university. I like it. I like when people try to do something else.” His children, they don’t have a university degree, they don’t want something else. They just have a job and they work and work and work to get money and nothing else.

So he was like it’s a good idea and stuff. And he was asking me, “How many languages do you speak”. He was confused and shocked when he learned that I know four languages and that I’m here to study and that I will maybe go back to my country after this. He was happy and told me, “This is great that you can come back to Kosovo, we need young people. We need people like you.” Everyone knows the situation in my country, the old people have to leave and young people have to come. We need to bring our experiences back. We were here and we did more, we saw more, we learned more, but a lot of times we are staying. So it’s a big chance if I go to my country and can contribute to my country. I could bring it back. And I hope to. I mean why not. I can really say I love my country and I would love to see changes there. I don’t want to see it like this. I don’t know. People are disappointed. There are no jobs, nothing, the economy isn’t good. Sometimes I think I should go back. But sometimes I think it would be really hard. I don’t think I can change anything because it’s difficult. I’m two-minded.

It was a really good experience. I just decided randomly. When I was young I used to sit on our swing and sing and sing and sing. Everyone knew from when I was a child that I had a good voice. In that year, when I was on X-Factor, I was staying at home. I had finished my bachelor and didn’t have a job yet. A friend of mine was in X-Factor 1 before me and he told me, “Why don’t you just try it? You never know! It could be a good thing”. And I was like nooooo. I was shy because of all the people. But without trying you never know. So I just decided to try. I was speaking with my father and said I wanna go to X-Factor. Just to try. Because a jury was coming from Albania to Kosovo to pick up people who were better and send them to Tirana in Albania.

I just went that day, yea really, I just went. I didn’t prepare. I knew a song, but I never made exercises. I didn’t care. I just went there. I didn’t even wear something special, it was like every day. I went there and the guy was there with the jury and he was like “Good thing you came! You should be here.” After that I said ok, I’m gonna go inside. I sung an Adele song; it’s called Don’t You Remember. I sang the song and the all the jury were shocked. I was like wow. I couldn’t believe it was myself. Sometimes you just need something to open your eyes and say “hey you are here”. I really liked myself in that time. I had never tried something like this…

When I was in high school I was a part of a choir, but this was so different. They accepted me and I went to Tirana. My father couldn’t believe me. And my mother was looking at me like, no you are joking. In Kosovo it is different. When people are 18 19 they make a lot of stuff but when you are older- I was 23- but they said, I think you are too big to go there. But I went to Albania. I won the first round, second round, third round, fourth round. I was a semi-finalist. I liked that. It was a good experience. After that I came back to my country and people were like “wow, you were great”. Everyone as watching. After that the municipality- the president- he called me in his office and gave me a certificate for a good new artist and I got a contract to sing at events and things. I was like wow, if I had known it would be this good I would have gone earlier. But it was that time, it was meant to happen at that time.

You can find a video of Artë‘s X-Factor performance here: https://www.youtube.com/watch?v=DrKhBlmLtsE

It’s really hard. In the beginning, I can say it’s not so easy. It’s not like people think. I said earlier, I haven’t found anything like I thought I would. I thought it was better here, everything is perfect. They have a lot of rules here, and I like that. It’s really different form my country. When the law speaks it’s over. Probably there is more justice. Some things are better, but I don’t know. As a student we have permission to work, but it’s really hard to find a job. Of course you have to know German really well, but I thought maybe I could find something with English. But you have to know German and nothing else. It’s really hard. I applied and applied and checked and searched. But like always they said that yeah I’ll take your CV and I’ll call you, but they never call. Still nothing. To tell the truth, I’m not choosy. Whatever it is, I just need a job to have a job. Then later when I am more fluent in German then I can choose, but not now. And the country you come from is really a problem.

I know some people have done bad things, but one person does not represent the country. In Austria, in America you have good people and bad people. In my country too. Often the first question is “where are you from?” Is that important? Is it important where I come from or how I work? I don’t understand, really. When I came here they gave me 20 hours to work, of course I want to work. I want to care for myself; I don’t want my father to have to send money from Kosovo every time. It’s a difficult situation in my country too. So I need to work. They could just say no you are just a student; you can only study and then go back to your country. Not give you every opportunity to come here and then deny you. I know some Albanian people did bad things here, but this is not me. Kosovo is small, but all the people are not like this.

If I think of the differences between my country and here, there are a lot of good things about being here. Here you have a lot of things to do. A lot of activities, a lot of concerts, a lot of organizations, a lot of good stuff for young people. In my country it’s not the same, you have a lot of things but it’s hard. And the opportunity to study is so nice. It’s the best thing I can mention. It’s not an easy thing but it’s the best thing that could happen in my life. I don’t know. There are a lot of good things here. Vienna is really beautiful. You know, everything is in its place, every road, every building. It’s so old and classy. I love this style. That’s why I found myself here. It’s a beautiful city. It can be inspiring. 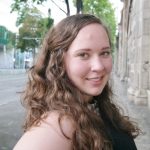 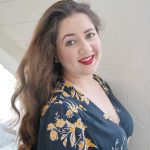